She was scheduled to help pack food today for refugees and Danby Appliances.  We had over 100 volunteers lined up and were packing hundreds of kg of food to ship overseas.

The people who were bringing her told me she did not answer the door or the phone so I left almost as soon as I arrived at Danby.  I called and rang the doorbell and pounded then I went in (she lived alone – my father passed a few years ago) – she was dead on the bathroom floor.  911 could not revive her.

It was unexpected.  She was a bit deaf and going blind but she was fairly healthy and I expected her to be around for many more years.  She was 87.

She was married to my father for about 60 years and I knew she still missed him.  The second greatest tragedy for her (and all of us) was when my dear brother died 10 years ago.

She was active to the end - telling stories, going to aquafit, writing memoirs, going to symphony, attending movies and lectures in the Arboretum Centre etc.  And she had a wide circle of friends and was always having lunch or talking to someone.

She was always the first to tell my my blogs had a typo, grammar error or needed some other correction (so now I have an excuse).

She never really liked business and did not really grasp what I do.  She even tried to mandate "no business talk" at the dinner table (which of course did not really work...unless she wanted silence).

She was worried about me and thought I worked too hard and should slow down.

Although it feels at this moment like there is no blessing in it - there is.  She must have died quickly - she had a lifeline on her wrist and she did not even push it.  And she always said she never wanted to move to a home - or even the apartments in her complex.  So she lived in her house to the end.

Now I feel like an orphan (and I guess I am)

She usually ate well (or almost perfectly) - this sundae was an exception.  Story time with her great grandkids.  And last Christmas. 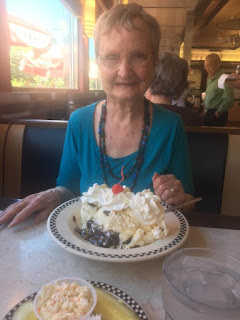 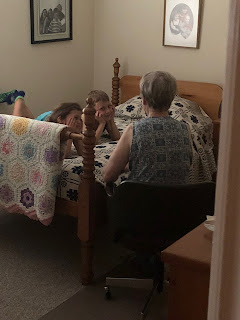 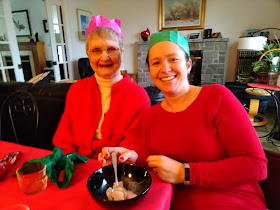 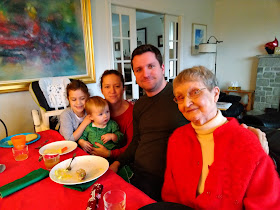